At last, all the pharmaceutical trolls and pseudo-critics of MMS/chlorine dioxide can be countered with a citable study in an internationally recognized scientific journal. The internationally recognized  “Journal of Molcular and Genetic Medicine” published the above study in its issue Volume 15:S2, 2021. In it, the exceptional success of oral chlorine dioxide solutions in COVID-19 patients is confirmed in detail. It is also the first published human study as a medical product! 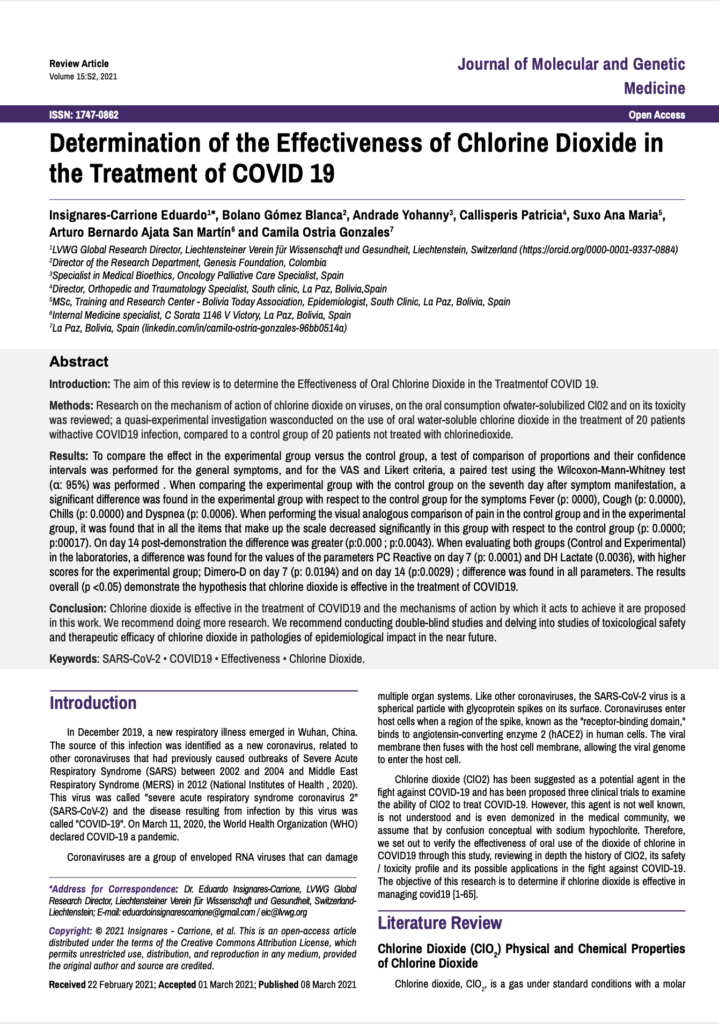 Introduction: The aim of this review is to determine the effectiveness of oral chlorine dioxide in the treatment of COVID 19.

Any cookies that may not be particularly necessary for the website to function and is used specifically to collect user personal data via analytics, ads, other embedded contents are termed as non-necessary cookies. It is mandatory to procure user consent prior to running these cookies on your website.